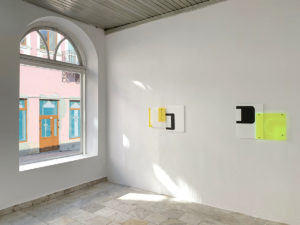 The crocheted fiberglass work utilizes a labor-intensive process that engages my hands at every stage whereas the new work has almost completely removed my hand or the sense of my hand from the final product. All the 2016, 2017, and 2018 work with acrylic sheet was designed in Photoshop, plotted in Illustrator, and created entirely on a laser cutter. I am now exploring ways to bring my hand back into the work, while still using acrylic sheet shaped on laser cutter as the ground but marking the math and creating shapes by my hand. So far this has been by drilling holes, scratching-in lines, spraying paint and varnish, and drawing with graphite.
. 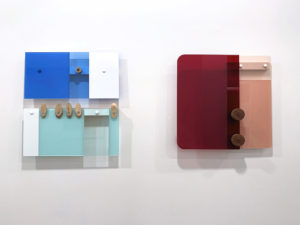 This new exploration began in summer of 2019 during ARV.International, an artist residency in Vishovgrad, Bulgaria. I created three new systems for mapping the math which were also influenced by my surroundings. These new series will eventually be expanded. The Building Blocks and Architectonic Elements Series were influenced by architectural elements and forms I saw while walking endlessly in Veliko Turnovo. The Elevation Series was inspired by John Venn’s Random pi Walk and influenced by the city plan and history of Veliko Turnovo.
. 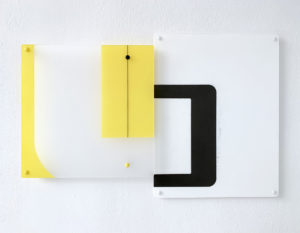