Stephanie Freeman was raised on a farm in southern Kansas, USA. She received a Master of Arts in Painting from Pittsburg State University in 1984. She works primarily in oils, acrylics and mixed media.
Living in Lawrence, Kansas since 1984, Stephanie has been featured twice in “Lawrence Magazine,” and also in the online article “Colors and Contours” in ereview.org, November 2010.

I have been painting on and off for forty years. Most recently, I began painting steadily as a means of restructuring my life and healing my grief after losing my sister to cancer. She was my best friend and the focus of my life.
Even though it was very painful to work during this period of mourning, I began painting regularly, embracing the personal artistic growth that occurred. At first I worked with oil paint, producing large, brightly colored abstract works. Gradually, I began experimenting with burning raw canvas. Initially I was terrified of the fire, but I learned to embrace its restorative properties. I loved the idea of nearly destroying something and, through creativity, resurrecting it. My current body of work is inspired by the forms brought about by the controlled burning of canvas fragments, which are often incorporated as collage elements in the finished works.
I have been reinventing myself since my sister’s death. Like the phoenix rising from the ashes, these paintings are part of my rebirth. 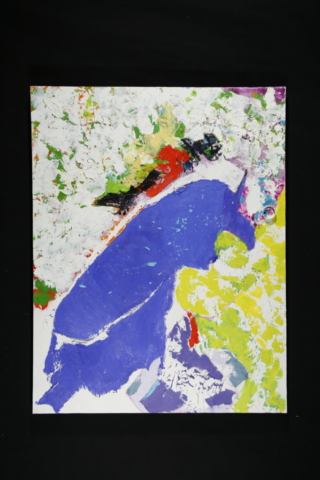 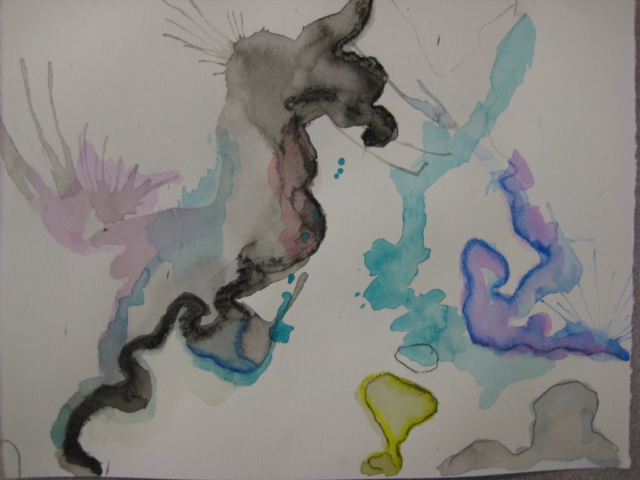 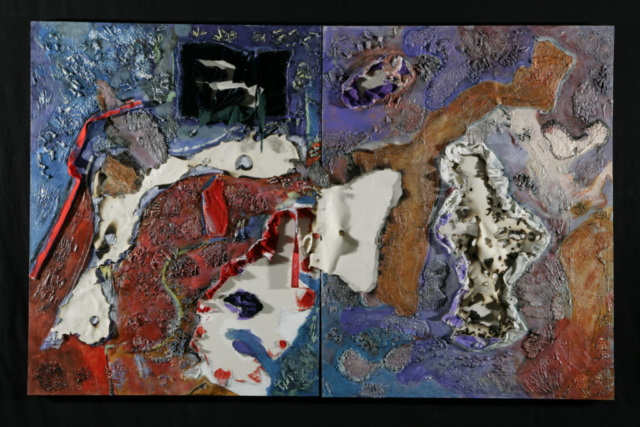