“Pseudologia Fantastica” a symbolic abstraction series, which refers to the theory of lies, is a good example of it. Robert attempts in and by his works, to define and capture this eternal human vice. Like philosophers, ethicists, logicians, semanticists, semiotics, psychologists, sociologists and, finally, linguists, Robert encodes his insights and reflections on the nature of lies. The artist presents in an abstract way the universality of the lie and its various forms.

“Pseudologia Fantastica” a  symbolic abstraction painting series by Robert Vanecke. a series that embodies, by using the means of postpainterly and symbolic abstraction the human condition of the lie, the necessity and inalienable ways of living in a word of untruth. Yes, necessity, as we cannot live without it. Without the lie, the lying. Our world is constructed and based on a fine web of accounts of exploits that never happened, also we do firmly believe in them. We believe in our own lies. This is what “Pseudologia fantastica” is about.

The Pseudologia Fantastica series transforms abstract symbols into an integral part of the story in the pictures. Forms combine cultural heritage. The composition is a journey of transformation. Simple colors, forms, almost ascetic compositions.

Roybert is attracted to handwriting, to ancient calligraphy and the tradition of ink-painting. A journey to the beginnings of human culture. 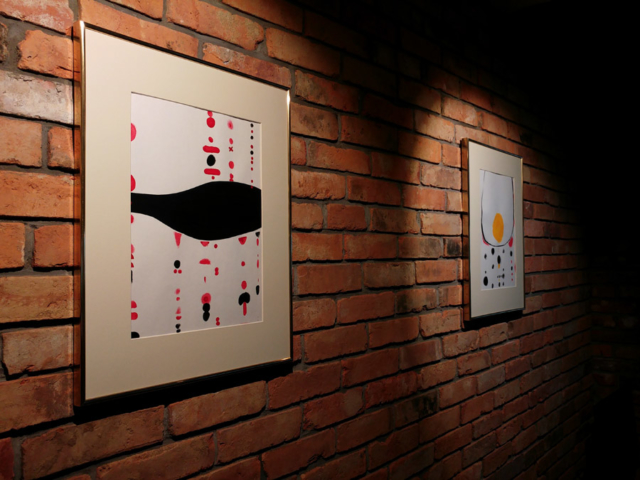