Born in Berlin, Various professions accompanied my life as I was constantly on the Finding new challenges and my realization was. In this order:
Employee at a major bank in Berlin, then operator of its own fashion boutique also in Berlin.
Independent developer in Luxembourg, a real precursor to the art, since I had the opportunity here together with architects to create office buildings and thereby adapted to the building codes to live out my creativity, it was a dream job for me.
Since I was always enthusiastic about art, from the year 2006 I only wanted to deal with painting.
For two years, I attended the painting and drawing school of the Argentinian Nuri Decastelli in Mallorca. Next to that and beyond I visited until today again and again the art academy Bad Reichenhall with different lecturers, among other such well-known artists as:
Hermann Nitsch – Markus Lüpertz – Helmut Middendorf and Peter Cassagrande just to name a few. read more

… painting is like writing a novel for me – but not about copying, I want to create a new story!
In doing so, I create my pictures from the subconscious without any kind of aids such as sketches or something like that…

The process of painting begins with the determination of one basic color which then remains as a visible part of the work.
What then arises on the canvas with thick paint application either by brush or spatula in quick succession is equivalent to an explosion, since even for me, the result a complete surprise. Then the so-called coloring of the work begins to give the
figures originated from the subconscious the pictorial.

The much-noticed colorfulness of my work can be explained as follows: I produce my own colors with special high quality pigments based on acrylic. 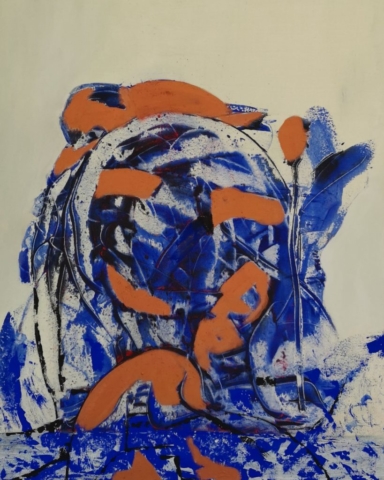 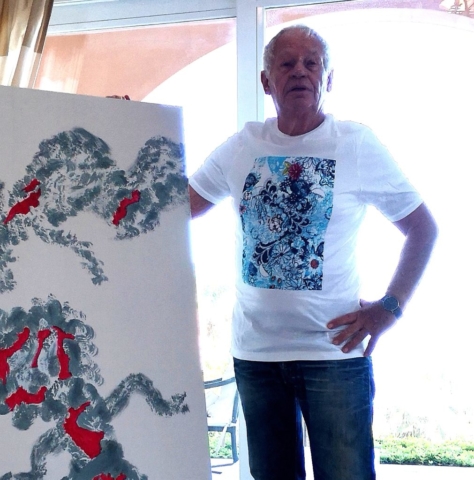 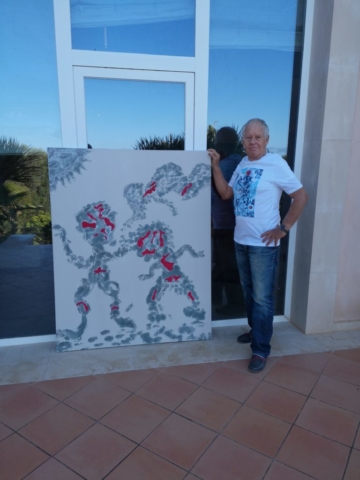 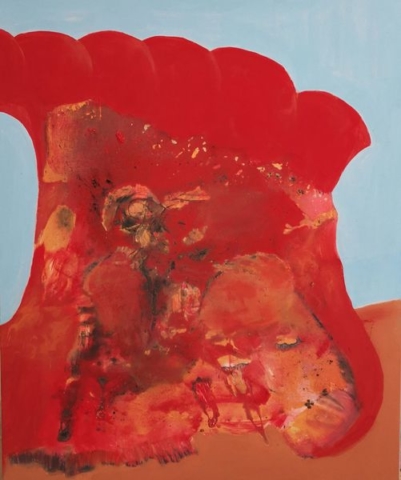