Jan Astner paints his TRANSHUMAN PORTRAITS as abstract visions, visions of the future. It is an ongoing project as new compositions are constantly being created in this series. These are not strictly speaking portraits. More sketches of a vision of the future. Notes from the dehumanized, technologically reconfigured future. Abstract visions, a vision of the future where the face will disappear, the way we visualize it, how we perceive it. TRANSHUMAN PORTRAITS are sketches of something that is no longer a face, but rather a form of transition to another, yet unknown reality. Jan Astner turned the portrait into a vision of something new, different.
. 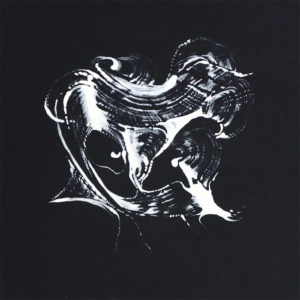 The name of TRANSHUMAN PORTRAITS, however, suggests that they are portraits. The symbolism of the applied artistic forms also refers to them. A few curls, the shadow of lips, the outline of eyes. But we see completely melted shapes in an almost abstract drawing. The use of colors, metallic, shimmering, changeable, almost always contrasts with the background.
. 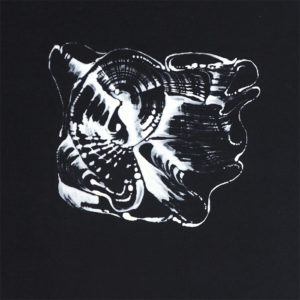 Sometimes the background texture literally refers to the human body, human skin, human fingerprints. TRANSHUMAN PORTRAITS are abstract visions of something unknown. It is a vision of a transhuman human being, a transitional man.
According to the supporters of transhumanism, it will be an ideal, perfect being. Improved with biotechnology, gene manipulation, brain transplantation. It is just an abstract vision for now. But doesn’t it pose a huge threat? Are we sure we have control over everything that brings progress, rushing at a crazy pace? Are we not threatened only by a “transitional man”, but also a departure from humanity? Our annihilation?
. 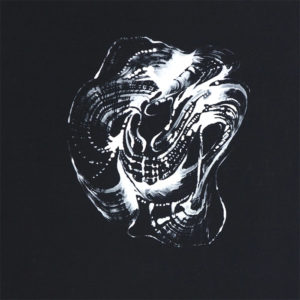 The problem is real, tangible. We stand on the threshold of a different, but not necessarily kind, world. And maybe that is why it is so important to show the threat facing humanity in a visual form. Jan Astner’s abstract visions are a warning, they activate non-verbal imagination. They make you think, they are the scream of a human being who is trapped in inventions.
. 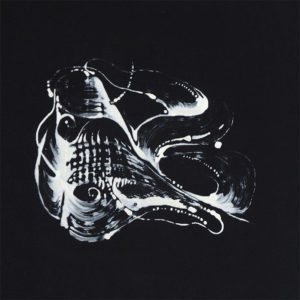