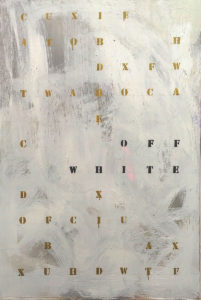 –
Science finds an order in everything and breaks our understanding of random and randomness. Physicists claim that what we normally call “random” is not truly random, but only appears so. The randomness is a reflection of our ignorance about the thing being observed, rather than something inherent to it. For example: If you know everything about a craps table, and everything about the dice being thrown, and everything about the air around the table, then you will be able to predict the outcome. If, on the other hand, you try to predict something like the moment that a radioactive atom will radioact, then you’ll find yourself in an impossible position. Einstein and many others believed that the randomness of things like radioactive decay, photons going through polarizers, and other bizarre quantum effects could be explained and predicted if only we knew the “hidden variables” involved.
– 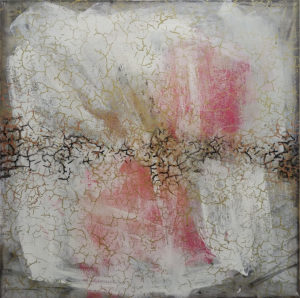 –
I’m not going to talk about how this theory has been disproved later, I just want to give a sense of how abstract it can be. It is not anymore about taking the random and finding the order, but understanding the pattern, calculating and predicting the outcome or behavior. It takes the imagination, ideas, thoughts – and abstract mind after all.
“Fundamental ideas play the most essential role in forming a physical theory. Books on physics are full of complicated mathematical formulae. But thought and ideas, not formulae, are the beginning of every physical theory. The ideas must later take the mathematical form of quantitative theory, to make possible the comparison with experiment.” –Einstein and Infield, 1938, The Evolution of Physics, p. 277.
So what comes as a conclusion from this quotation? Theoretical physics has same starting point as philosophy, and if you want, same as abstract art. But I have gone further in my thoughts…
I think that the science is a new religion. Did you’ve noticed that almost all religions in the world are trying to explain basically same thing: our existence on Earth? Where are we coming from? How we even got here? Was it a finger of God or we’ve been sown here by a meteor that once hit the Earth? Maybe religion and science are talking about the same thing, but religion wasn’t able to give better explanation back then. Today, science is way more advanced and can give us better, more solid stories and theories in order to explain our existence.
– 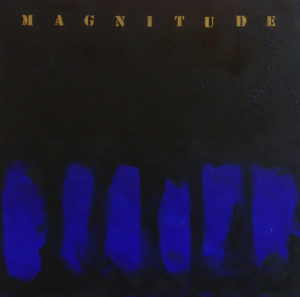 –
Theoretical physicists and astronomers succeeded to find mathematical order, to calculate through them and even predict what is hiding within greatest abstraction of all: The Universe.
As an ode to that, this exhibition is dedicated to the science that finds an order in randomness and abstraction, I was creating works that are moving away from classic painting with brush strokes. Instead of just painting with a brush I was using stencils, straight, precise lines and grids in order to bring my works to a new level. To give it some kind of order but combine it with my recognizable expression and brush moves.