The changes, conversions, presented in Eva Davis’ black and white artworks are multiple. One or several parts of her artwork begin to live an independent life. A conversion means in general “transforming the form of something.” The Artist presents an abstract theme and develops it freely in an open formula. For Eva, a conversion is for sure a change, but her CONVERSIONS are radical ones!

In her black and white artworks, it is a break from the sense of reality the way we are generally perceiving it. According to her, the transformation takes place primarily at the immaterial, psychological level. We do not know if a transformation, a change, will result in positive aspects such as freedom, ethical progress, and intensive involvement. As they are taking place in crucial parts and elements of the presented compositions, we onlookers are feeling the conversion, something new, impalpable, hidden behind spots and lines.
. 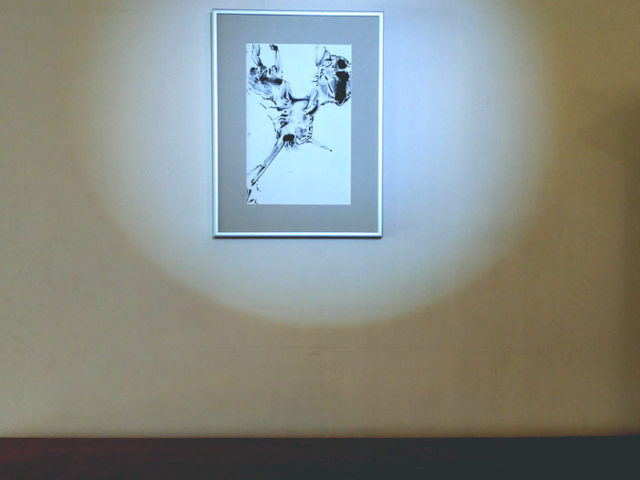 The conversion in Eva’s black and white artworks symbolizes a complete revolution in the area of central values. We see the free assimilation of various graphic elements. Or sometimes a complete replacement of elements with new ones. We have the impression of negation of previous identities. For example change of value towards some source of authority, and a transition to another motive on which the new identity will be based. The conversion emanating from the work is associated with a drastic change in life involving a radical change in its most important aspects. That is why they are made as black and white artworks.