Erwin Rios 9 works from QUO-VADIS series exhibited at BORDERS-FESTIVAL, ITSLIQUID
Erwin Rios QUO-VADIS series is about migration, as well as integration in the broadest sense. The integration of a person or group of people depends on the existing borders and walls in the head. On both sides! The world we live in is a world of borders and limits. There are large, external, visible borders as well as invisible but noticeable, perceptible borders.
Not every limit in itself is bad. When I recognize the limits of my own performance I choose the right behavior and thus stay in good shape.
But in the person himself there are not only the limits imposed by nature, but also the own limits that arise in the course of life through interaction with the environment, such as lack of self-confidence, fears and insecurities. These can create further borders in head such as prejudice against others just because they have a different skin color, religion, country of origin… Wars occur. What are they about; external or internal borders?
The borders become visible as social and political constructs. One can easily play with man’s primal fear of the unknown. It is therefore important that people receive a varied education, because knowledge can protect against fear. And who is not afraid of the other/ness does not have to keep them/it away, control, punish…
In order to break limits and find a new better way of life, people have to start with themselves and their own limitations in the brain – they have to take responsibility and to tear down the walls! I his work Erwin Rios process his emotions and would like to help viewers to deal with their own emotions and thoughts on the subject. Our inner landscapes shape the outer landscapes. See also itsliquid.com
. 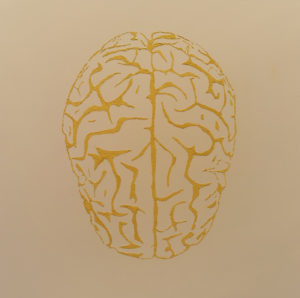 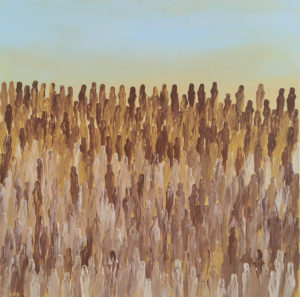 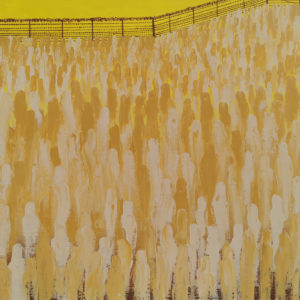 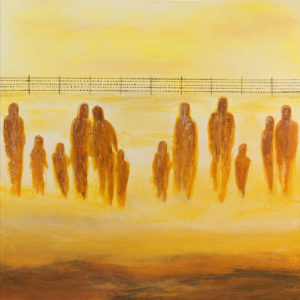