O-A: What is the Celebrity Colour Challenge?

David Carr: It began as a small experiment. Usually I work with a large range of paints and my pictures are very bright and colourful. I wanted to try and create a piece using a very limited pallet, and came up with the idea of asking someone else to make the decision for me and therefore having to work with whatever I was given. I decided to limit the pallet to just three colours to which I can only add black and white. As my background was in the music business, I firstly thought of running the idea past jazz singer/BBC radio 2 presenter, Clare Teal whom I managed for almost seven years. She liked the idea and chose the first three colours. I really enjoyed the work and was delighted with the result so decided to create a series of three or four, asking some other friends from the entertainment/art world.

O-A: You produced many more works than originally planned, what prompted that?

David Carr: Well the honest answer is that Lockdown happened, and I found myself with a lot more studio time than I usually have. All the celebrities I had contacted seemed to be very happy to be involved, so I started contacting people I simply admired or thought would make interesting choices. The idea was taken up by so many so quickly, I ended up with a queue of works to complete!

O-A: Did you work on other pieces as well as the “Challenge” paintings during Lockdown?

David Carr: I always have at least four or five pieces being worked on at any one time. I suffer from a highly over-active mind during the nights and genuinely dream painting ideas that I remember in the mornings. I keep a sketch book around all the time and scribble my ideas as soon as I get up. I have several themes I return to, creating series of works over the course of a year or two. I have a couple of painting completed for a series exploring “Individuality” and a couple of works inspired by the patterns I see in my head while listening to the same piece of music over and over.

O-A: Do you have a favourite “Celebrity Colour Challenge” picture?

David Carr: Not really, I am very pleased with all of them. As I have no control over the colour choice, I am often surprised at what I have managed to create. I was particularly pleased with the colours chosen by Philip Treacy, Nichollas Hamper and Steve Hogarth (Lead singer of Marillion), but was really really challenged by actress/comedian Lea DeLaria, who chose three different greens!

O-A: How long does it take you to complete a painting?

David Carr: It depends really, my sketches are usually very basic, but by the time they get to a board they can be really complicated. Most of the challenge pieces I complete in a couple of weeks, but some have taken much longer. I still have one piece I have been working on for almost six months. Sometimes I just hit a wall and can’t see where to take the painting, then usually some time latter, I will dream about it and the solution will present itself. Occasionally a pictures just comes together in a matter of days. I will get obsessed with it and paint for eight or nine hours every day, barely taking a break, but when I am in the zone, the time just flies and I don’t notice how long I have been working…until I get cramp in my hands from holding the brush for so long.

O-A: Have you learnt anything from the challenge?

David Carr: Definitely. I have never really noticed how many tones and colours I can make from just a few pigments. I think my work, going forward, will most certainly use tone more than lots of different colours. I feel i’m always learning, even though I have been painting for over thirty years, I still surprise myself sometimes, and I still make mistakes. Luckily, they are always correctable.

O-A: Are all the paintings for sale?

David Carr: Well, yes they are, but I have just started a partnership with a fabulous printer who has made some wonderfully accurate prints that are much more affordable. I now have the facility to produce prints of any of my paintings, and am very happy for anyone to request one via my website www.davidcarrartist.com 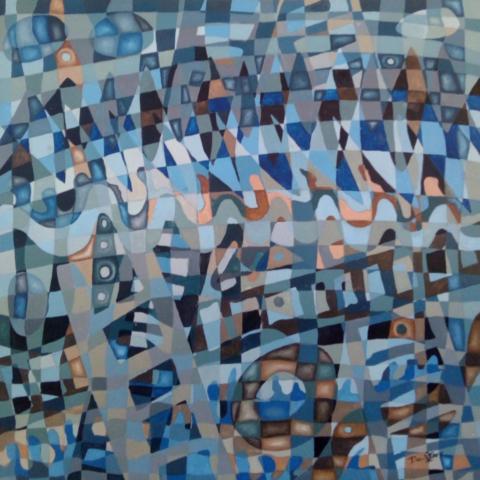 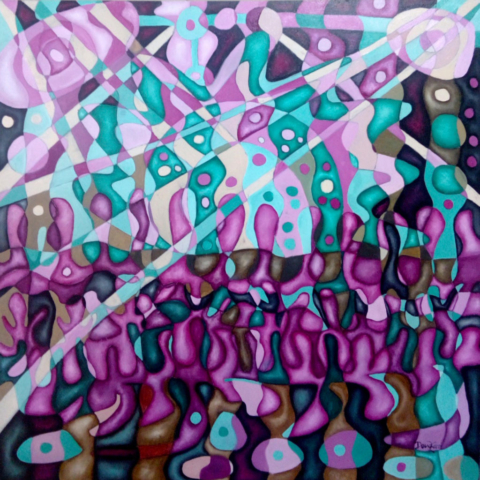 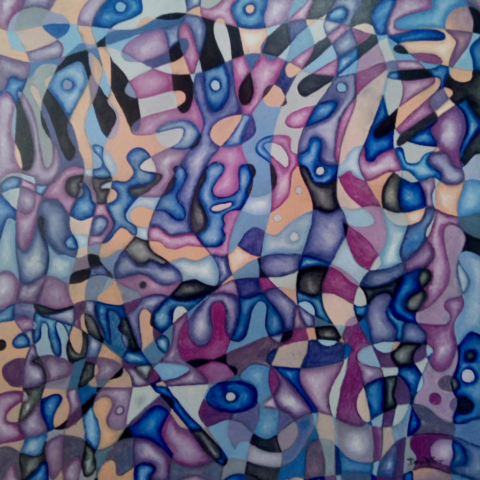 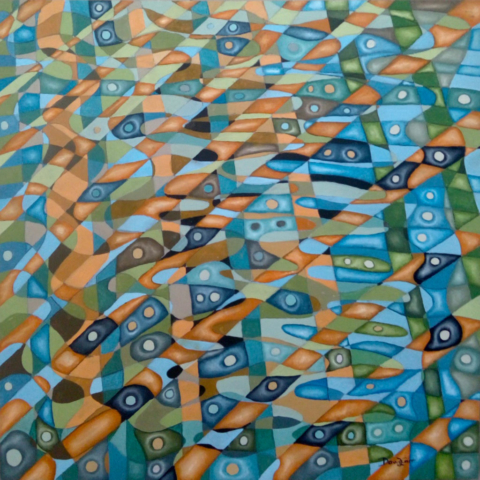