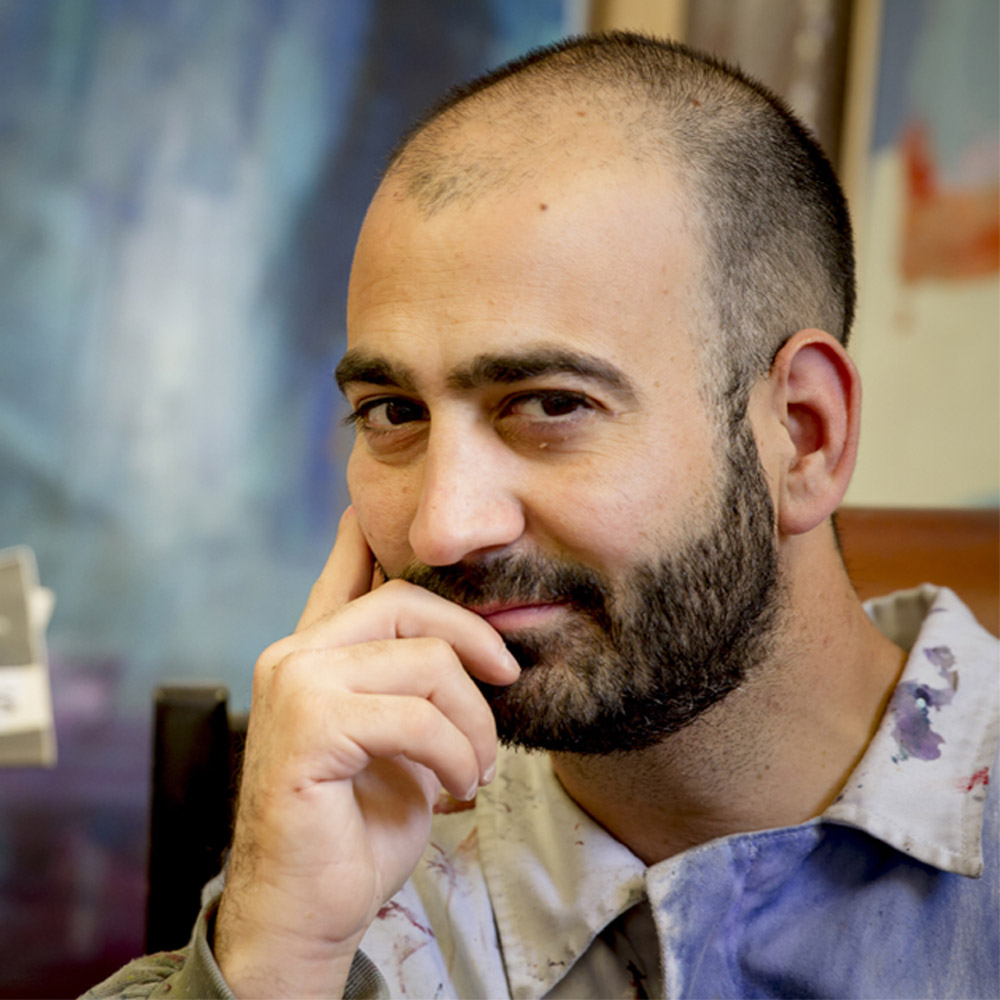 Born in Canberra, Australia, 1982.
From a very early age, my passion for traveling and discovering new horizons have deeply marked my vision of the world and influenced my artistic thinking. I attended primary school at the “Ecole Européenne de Bruxelles” where I began to take an interest in art and especially in painting.

Complementing the studies with L’Escola Massana of Barcelona, a higher degree d’Arts Aplicades al mur ( Arts applied on wall), culminating with the final project, called “Foc verd” (Green fire).
In 2010, I completed my artistic training, graduating from the Faculty of Fine Arts (UB) in Barcelona. And in 2011, the master of “Artistic Creation: realismes i entorns” ( “Realisms and environments”) That allowed me to mature the work done previously, and presented as project: “painting with a photosynthesis” , a poetic analogy between the biological process and my creative process.
read more

EMOTIVE CONSTRUCTIONS
Coinciding with the appearance of life and color that spring brings to us, We are pleased to present a young Spanish artist, born in Canberra, Australia, where He spent his childhood .
Educated, later on, in the Fine Arts University of San Jorge in Barcelona, Spain, were He received the Master “ Besieged reality; Realisms and Environments”, and He consolidates a powerful level of expressive vitality.
Consequent with the lineage of his teachers (Hernandez Pijuan, Joaquim Chancho, Gerard Sala, Albert Gonzalo), his work is part of nowadays, by tradition, on the mostInformalism of painting and, more specifically, in the Catalan school of the same.
read more